Interior Minister Sheikh Rashid Ahmed on Wednesday announced that the government had decided to ban the Tehreek-i-Labbaik Pakistan (TLP), whose supporters and workers have been carrying out violent protests across the country for three days after the arrest of their chief.

In a tweet, he said the religiopolitical outfit would be banned under Rule 11(b) of the Anti-Terrorism Act (ATA), 1997.

Rashid said the Punjab government had recommended a ban on the organisation, for which a summary was being sent to the federal cabinet. 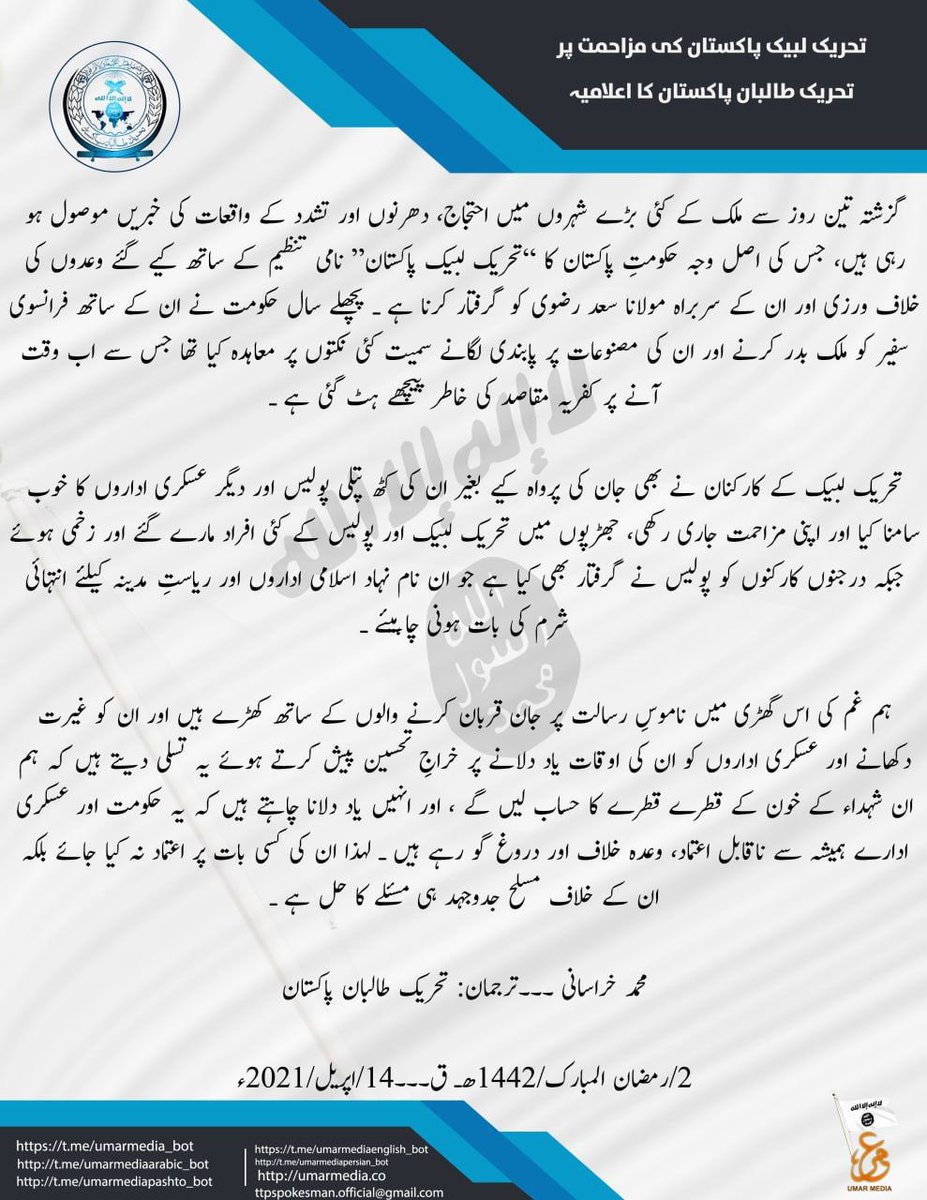