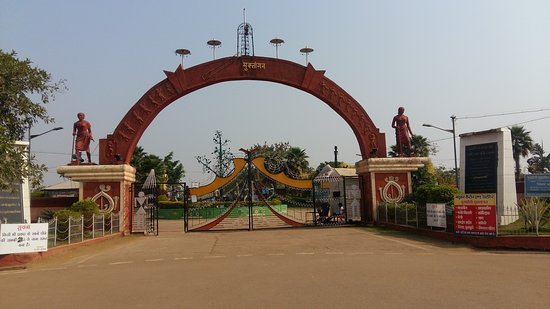 Here Chhattisgarh’s major archaeological sites and finest structures have been rebuilt, such as the temple of Bhoram Dev and the statue of Rudrasiv of Taal. I was told that the main purpose of this museum is to give visitors a small glimpse of the folk culture of Chhattisgarh, for which might not visit to these distant places. it also includes statues of independent freedom fighters of Chhattisgarh. it includes life style of chhattisgarh’s tribals people, their house structure and pattern. 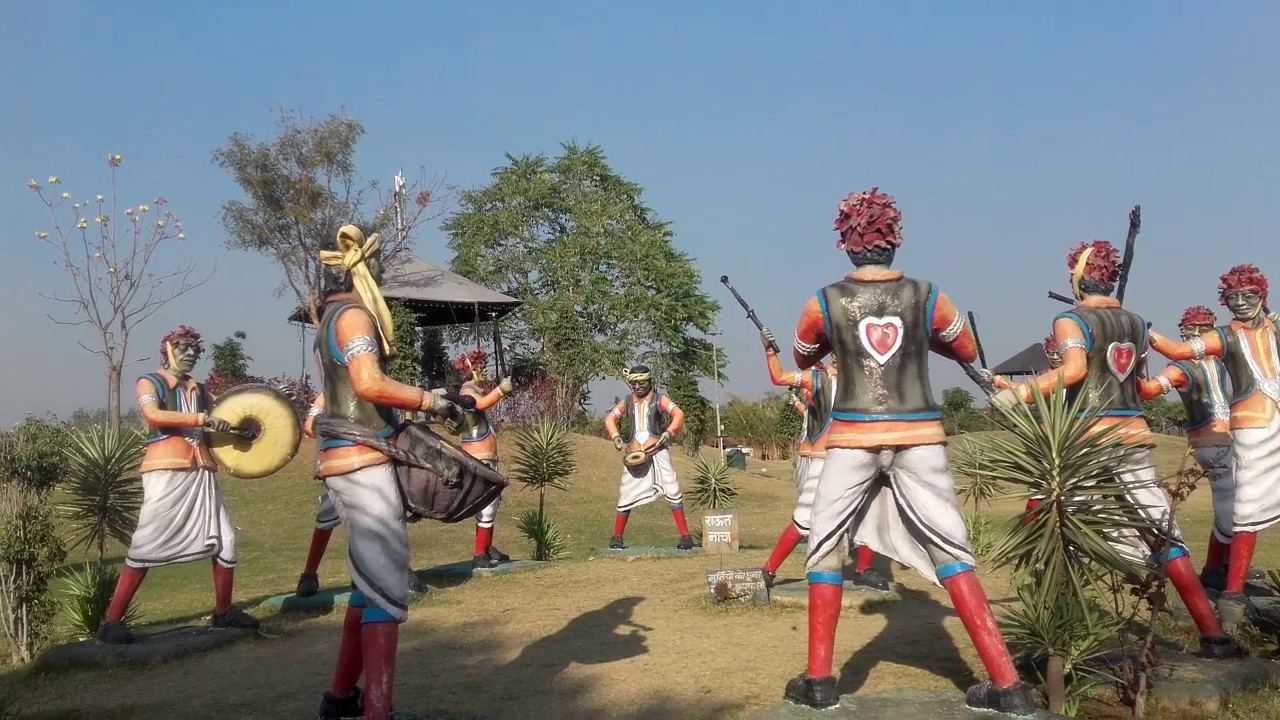 The walls standing around this pavement spread widely, are adorned with tribal paintings made in bcolors. the tribal castes have been shown in their traditional style. Apart from this, they also include many verbal expressions. There is also a special gallery that represents art engraved on wood. tribes are depicted as their typical dances in their traditional attires. many folk dances like panthi,sua nacha, karma etc are shown here.

National award-winning artist Mrs. Sona Bai Rajarvar was specially invited to make the murals based on the rural life of Chhattisgarh for this ancestral museum. Through these mural paintings, they have shown very  typical rural houses of Chhattisgarh.

I am very happy to know that local artists have been a major contribution in this museum, especially in the formation of statues and other artifacts installed here.